Happy Mum Brand Noodles and Chow Mein
Noodles a two to three-minute food and a traditional staple food it seems like a modern food but people are consuming noodles for a thousand of years. Fresh noodles are popular worldwide but in Asian countries, people eat more noodles. Fresh noodles are enjoyable flavor food and a source of nutrition as well. Noodles are raw at first and a little bit moist as well but the wet content range is only 32 percent. The fresh egg noodles production also changes the ingredients in noodles and improved quality noodles are produced.

High-Quality Product
Happy Mum is a high-quality production house and is one of the best egg noodles brands. It produces low price good taste quality noodles. Also it is a best chow mein noodles brand. Fresh noodles making recipe is so easy it consists of dough mixing after that resting for a while than sheeting and finally cutting of noodles in a long strip shape and then we cook noodles. Noodles packaging also includes hydration and a pack of flavor with it. A happy mum is a brand which follows the entire step keenly and provides you a good hygiene food to eat.

The market rate of noodles is not that much but it is considered as a very competitive market and happy mum is not letting its customers go that's why their rates are affordable and according to quality. They provide quality assurance by checking each and every step in the production of noodles.

Instant Egg Noodles, Chow Mein:
Egg noodles are also in demand in the market; egg noodles are healthier than others as they contain eggs in their production. Instant egg noodles mean that you can get the taste and nutrients of an egg while eating a bowl of noodles. 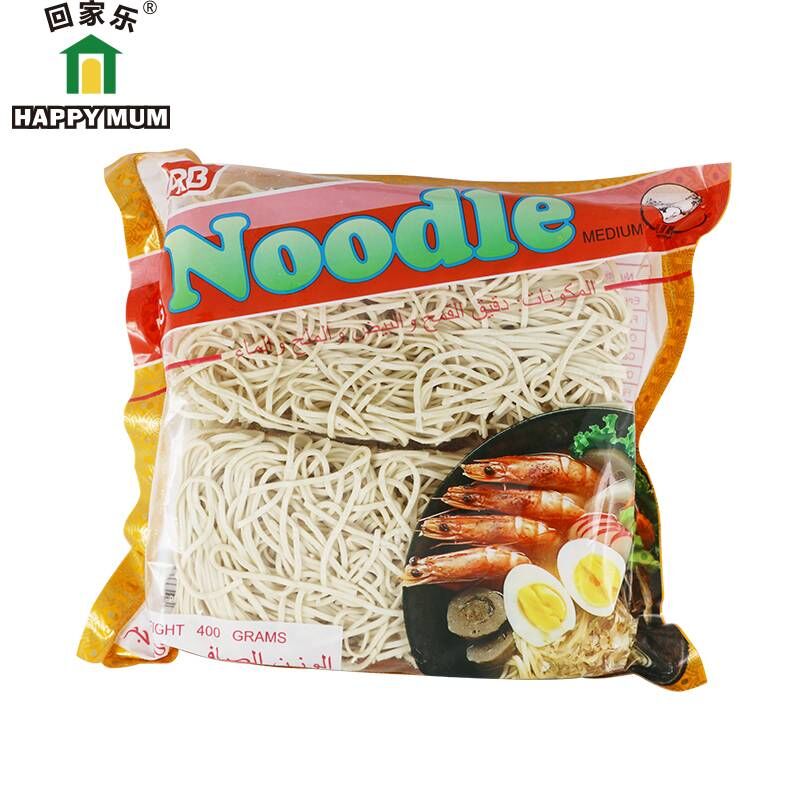 Chow Mein, Chicken chow mein is the favorite continental dish of many people and if one can get the flavor of chow mein with noodles in a quick the way than what else they need, its time taking to cook a delicious chow mein but it takes a few minutes to cook noodles with a taste of chow mein and not every the noodle selling company is selling noodles with such delicious flavors.

The answer is no. The main ingredients of egg noodles are flour and eggs, and the flour makes it impossible for them to be gluten free unless it is a special egg "noodle" product made by a unique process.

Long Life Egg Noodles and other kinds of Noodles for Sales:
The noodles after packaging are sent to export and in own country but they do not get the smell or get rotten while if we make noodles in our home they should be used in a day or two, the hydration process and the formulae of preservation of noodles by happy Mum is best that's why they remain in their original conditions and taste remains same.
Where to buy Chinese egg noodles? There are not only dried egg noodles in a company but there are some other special flavors introduced by the Happy mum due to which it's getting its competitors behind the race and by leaving them behind its getting a new fame in the market and people are giving a positive response about the noodles and other products produced by the company.

Edible method:
The noodle formulae consist of 38 parts of water and 100 parts of flour as well. Two percent Salt is added to the flour, then all the ingredients are mixed and the dough is prepared which is sticky and crumbly then this dough is rest aside for a while and after that, it's passed through cutters which make the dough into fine long sticks of the mixture then that machine makes all the noodles then they are hydrated and the water in them is steamed out and they become dry after that packaging task is done by cutting noodles into small pieces they are packed into mini plastic bags with the little pack of multi flavors.
It takes two to three minutes to cook them as they are already hydrated just you need a cup and a half of water and a flame to enjoy deliciously happy mum noodles.
There are two ways to cook noodles one of them is the soupy noodles and the other one is the fried one and you can cook cold noodles as well.
For soup, noodles put some extra water and boil noodles for three-four minutes and add ingredients to put on some delicious flavor and spice.
For Fried noodles, all you need is to boil them and then drained them out and fry them with the vegetables and chicken and sauces this kind of noodles are delicious and have an amazing taste and people like them more but they took a while. While cold noodles are the easiest one to cook as they just need water to cook and then sauces and spices are added at the end and you can serve them but all of these tastes are only available if you buy Happy mum noodles and cook them to make your weekend enjoyable while watching a movie or playing games they are your best partner.