There will be a distinct difference between light and dark soy sauce with their separating characteristics and health benefits. We get from these two different kinds with nutritious values when we add them to our meals and foods.

What is light soy sauce?
In Chinese, light soy sauce translates as fresh soy sauce. When the Chinese refer to soy sauce, they generally meant light soy sauce. It has the following peculiarities:
• Light soy sauce is light in color, opaque, almost reddish to brown, common and essential in Chinese foods.
• It has thin viscosity.
• It is used for seasoning as well as in dipping.
• It is comparatively saltier with respect to dark soy.
• Capable of adding distinct color to food.

• It is prepared through traditional production of mixing soybeans with wheat and then subjection to brine followed by fermentation and pressing to excavate liquid soy sauce.

What is Dark soy sauce?
Dark soy sauce is also prepared through the same traditional procedure, but it is subjected to prolonged ageing and may contain added caramel color or molasses to give it a distinct dark color. It is comparatively less common to light soy sauce. The following are its striking characteristics. 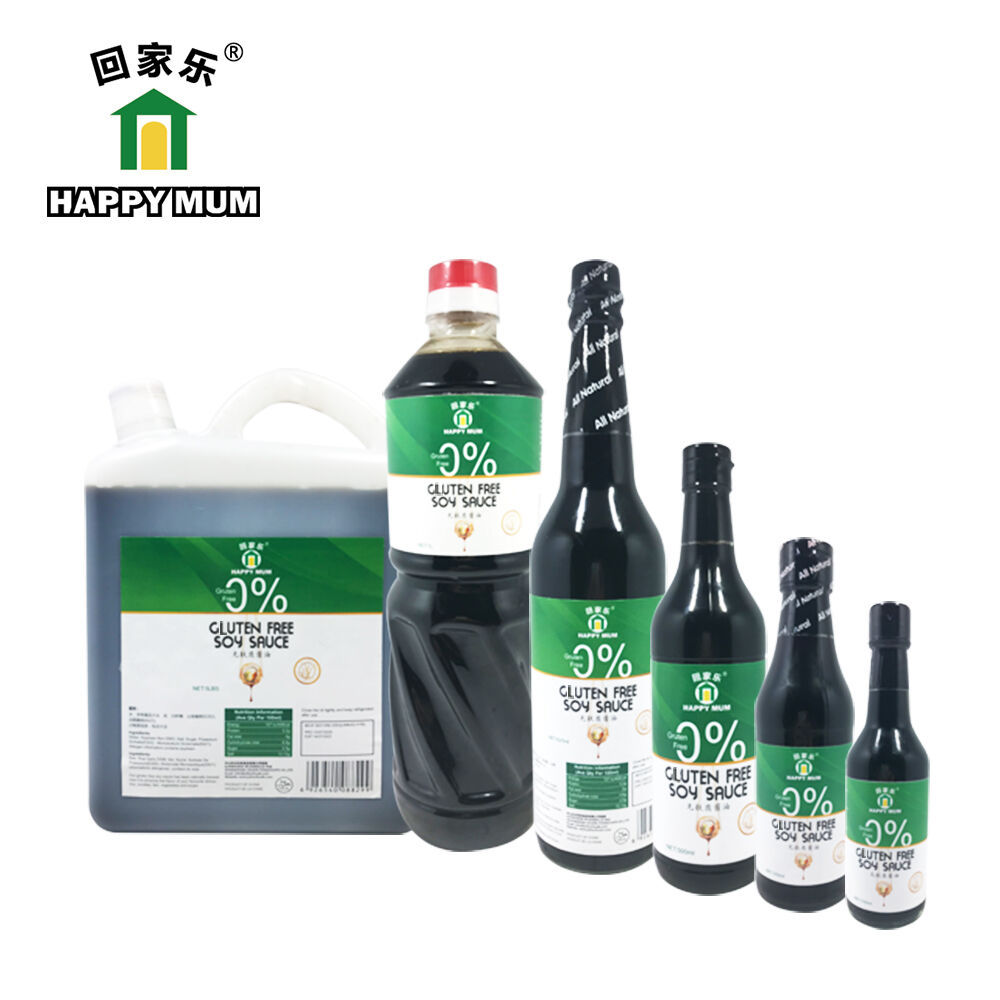 • It is more viscous, dark and thick and made from light soy sauce.
• It has less salty flavor and slightly sweeter.
• This variety is mainly use for cooking, since its flavor enhanced during heating.
• Dark soy sauce is used to add color or flavor mainly after cooking.

• One of its strongest variety is known as double black.

What is the difference between light and dark soy sauce? The difference in production processes and raw materials bring different flavours and uses to dark and light soy sauce. In conclusion, light soy sauce is more widely used and can be used in every Chinese dish to increase the flavour of the dish; dark soy sauce is mainly used in meat dishes to add colour and make the dish look more appetizing, and it tastes less salted with a little sweetness.

The difference between soy sauce and raw soy sauce is also in the method of consumption. Dark soy sauce must be cooked at high temperatures before consumption. Light soy sauce can be used directly for dipping and salad.

Make sure to choose the right one for your kitchen.

Either it is light soy sauce or the darker variety, both are tremendously beneficial in providing dozens of health benefits.

The fermentation process in making soy sauce is rich in nutrition and not in concentrated form. It is a rich breakdown of macromolecules like starch, protein or carbohydrates into smaller molecules of amino acids and lactic acid, which in return serves for the digestive system, cardiovascular, and immune system.

Digestive track benefits:
As the significant nutrients are broken down into smaller ones, the workload shared by the digestive tract during digestion also decreases, which aid in increasing the digestive system's better functionality.

The end product of fermentation, ‘lactic acid’, generates bacteria like Lactobacillus bulgaricus and Streptococcus thermophilus. In turn, these bacteria help us obtain nutrients from food and provide for chemical balance inside of our large intestine.

Polysaccharides are unique to robust our immune system by lowering an enzyme hyaluronidase activity. Increased activity of this enzyme produces inflammation. The presence of unique polysaccharides in soy sauce appears to make soy sauce one of the least allergy-triggering forms of soy.

Soy sauce doesn’t increase blood pressure despite high salt concentration and having salty flavor. Ever wonder why? It is because of a unique component residing in it named ‘Nicotianamine’ which retard the functioning of angiotensinogen converting enzyme that is key to increasing vascular tone.

Above mentioned benefits are appealing enough that one cannot resist from buying these two striking varieties of soy sauce to avail their health benefits to keep away from various diseases. So, buying this from Jolion Foodstuffs Co., Ltd. Should be an ultimate priority as it is the leading factory in providing various kind of orientalist sauces and other Chinese foods in China.